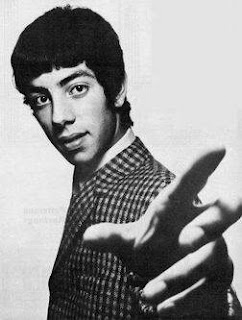 Friday 13th September 1974, Rainbow Theatre, Finsbury Park. The first ever gig I went to, and it had to be 10CC. I’d been a fan after loving their first clutch of singles, and knew every second of their debut album by heart. I’d already dug deeper though; an exhaustive interview in Zigzag magazine earlier in the year had chronicled the role that the band members had played in the ’60s Manchester beat scene, and included a discography that resulted in me finding such delights as 'I Can Feel We’re Parting' by The Mockingbirds. This was when I’d also discovered that Graham Gouldman, the bass guitarist, had written so many classic songs, so I took to hunting those down too. This was all a large contributory factor in embarking upon my record collecting journey, so for me as a whole, being a 10CC follower dovetailed in very nicely with my teenage travels to jumble sales and the like, copping my Kinks and Small Faces singles and much more. However, when the band split in two at the end of 1976, the timing was almost too perfect. Year zero was beginning, and with 'Neat Neat Neat' soon appearing in my collection and The Jam changing everything, several years ensued when I couldn’t even admit to my previous 10CC fan-dom. How bloody ridiculous.

It’s now quite rightly established that Graham Gouldman is one of the great pop music songwriters, and working live in both group formats and acoustically (like tonight) he shares his past and present work.

He’s always proved that songs centring on love and romance don’t have to be clichéd, kicking off tonight with 'Bus Stop' to prove this. Whilst the scenario of the couple in the song is universal, it can be taken in his full body of work as being set in the North of England, when placed side by side with the lesser-known gems like 'It’s Nice To Be Out In The Morning'. Such vignettes mark him out as a northern, less acerbic Ray Davies. One sad fact about his band The Mockingbirds not making it as big as his songwriting in the ’60s is that his own voice wasn’t heard enough. The guy can SING.

He’s doing a terrific version of 'No Milk Today' at the moment, working in some new harmonies at the close of the song, with his current musical companions Rick Fenn and Mick Wilson, which are so good that I now feel that the Hermits’ original recording is an unfinished article.

So, can the great songwriter still write great songs? I definitely think so, and the selections from the new Gouldman album Love & Work bear this out. 'Daylight' has an airy wistfulness, fitting the subject matter – homage to his late musical partner, the Californian Andrew Gold. When 'Ariella' was struck up, the similarity of the guitar figure to 'Handle With Care' by the Travelling Wilburys shot to mind immediately, not least because the friend standing next to me happens to be in a Wilburys tribute act. However, it develops into a song more akin to Difford & Tilbrook, so to paraphrase my friend, he won’t be saying “good morning judge” just yet. 'Memory Lane', which he explained was written after showing his fiancée around his old haunts of Manchester, effectively completes a northern song cycle which was started with the likes of 'Bus Stop' 45 or so years ago.

The encore was well-planned – the bongos were brought on, and it could only be 'For Your Love'. Lovely to hear it in the musical setting that was given to The Yardbirds, though I have to say it would have been really nice to see it being performed in the style of his own psyche-y version from ’68, as it worked so well.

I’d previously baulked at the idea of seeing the current “Graham Gouldman & 10CC “ line-up at a full show, but this memorable evening has changed my mind… and until next week, the man is providing classy bookends to my entire 38 years of experiencing live music.

Brian Kotz
Posted by Jon at 13:04
Email ThisBlogThis!Share to TwitterShare to FacebookShare to Pinterest