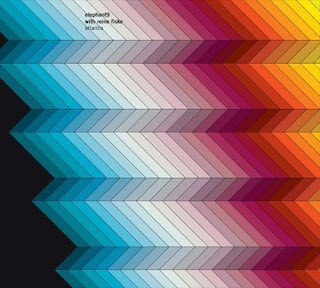 Atlantis sees Scandinavian trio Elephant9 tackling their fourth album with the aid of Swedish guitarist Reine Fiske. And it’s a beauty – a steaming full-throttle mash-up of rock and jazz that could strip paint.

Imagine Soft Machine or King Crimson at their dizzily inspired free-form best, with a shot of ’70s Miles Davis thrown in for good measure.

Opening track, 'Black Hole', sounds like it’s about to collapse under the weight of its own momentum, its layers of analogue keyboards sounding deliciously fuzzy and distorted over furious drumming - genuinely exciting stuff.

'A Foot In Both' is gently bucolic, spidery guitar skittering over glasslike keyboard shimmers before 'Psychedelic Backfire' kicks up the dust again with an almost Sabbath-like riff of pile-driving heaviness built over a two-note bass hook. Despite the furious technical chops on display, things never get too cerebral or too clever. This is music which aims for the gut, rather than the head.

Neil Hussey
Posted by Andy Morten at 13:02
Email ThisBlogThis!Share to TwitterShare to FacebookShare to Pinterest