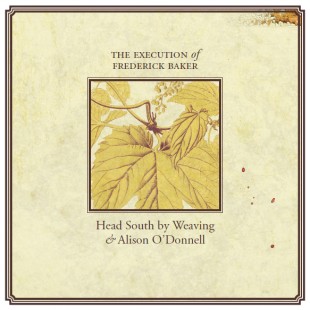 Following on from their 2008 single covering Nico and Nick Drake, cult prog-folk icon Alison O’Donnell (formerly of Mellow Candle) and Hampshire’s Head South By Weaving reunite for a full album.

Marking O’Donnell out from many of her generation is her willingness to experiment with a range of current musicians, including the experimental Irish free-folk collective United Bible Studies and the glassy brilliance of The Owl Service. Here, she and HSBW are generally in measured mood – the overall musical feel is of gentle folk-rock, but the music is awarded complexity through some striking lyrical themes.

Throughout her career, O’Donnell has always bitten and scratched her material with her voice. Songs like ‘Fleeing Limbus’ continue this tradition, mixing some violent and chaotic imagery with a stinging vocal delivery, all underpinned by a mellower musical base. Elsewhere, such as on ‘Bird In A Cage’, O’Donnell and HSBW interact with folk tradition, coming up with a Trees-esque beast of epic ambition.

Posted by Andy Morten at 13:09
Email ThisBlogThis!Share to TwitterShare to FacebookShare to Pinterest